Recover from depression with hypnotherapy in Brighouse within easy reach of Huddersfield, Halifax, Leeds and Bradford

Are you stuck in a cycle of depression that you cannot get out of? Hypnotherapy has been proven to be the extremely effective in helping people with depression, even long time sufferers. Using hypnosis I will use tried and tested techniques to break the cycle and improve your life and motivation. 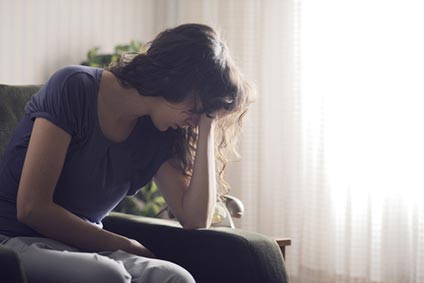 I will tackle root cause of your depression

Hypnotherapy can help address the underlying cause of the depression as well as help find effective coping behaviours. It can also help people achieve a happier mood and dispel the pessimistic and negative thoughts that generally accompany depression. People who undergo hypnosis for depresssion will often experience a new sense of freedom and a greater sense of control over their thoughts, their mood, and their life in general.

I have helped many people with depression to overcome their problems and lead happy fulfilling lives so if you are stuck in a cycle of depression please get in touch so you can work together at tackling your symptons and improving the quality of your life. I also offer hynotherapy for stress and hypnotherapy for anxiety and panic attacks.

Asthma
Asthma is commonly identified as being a mood disorder indicated by a low or mildly depressed feeling, which lasts for an extended period of time, typically classed as over 2 years in duration.

Symptoms of postpartum depression are similar to the symptoms above but can occur as feelings of sadness fatigue, lack of energy, anxiety, feelings of worthlessness, feelings of guilt and trouble concentrating.

Reactive Depression
Reactive depression is a mild form of depression which results from one or a series of traumatic or stressful events to which the sufferer has difficulty in coping,adjusting and adapting.

Events like divorce or work related stress , bereavement reactive depression is where these feelings have not adequately diminished over a period of time. (Receive depression responds well to hypnotherapy )

Bipolar Disorder
Bipolar Disorder, previously called manic depression is a disorder that caused tremendous extremes of mood. Bipolar disorder is an emotional roller coaster for the sufferer, who may experience episodes of extreme elation followed by bouts of major depression.

Bipolar Disorder is very different in nature to the other forms of depression listed here and as such requires specific forms of treatment.